TNS was established in 1987 as a processing base for offshore oil & gas platform, amidst increasing demand for energy in Thailand, with the first platform constructed the same year. A second processing yard (base) was constructed in Thailand in 2005, with the Engineering Department set up around the same period. These, along with the NSENGI Marine Construction Department, have allowed the company to deliver one-stop service from the engineering, procurement, construction, installation and commissioning of platforms on its own, and have allowed over 130 platforms to be delivered thus far.

In the five-year vision, the "Strategy 2020," NSENGI has established "Our Vision" to be "Global x Local." In order to become a global company that is trusted by its customers, including overseas oil/gas companies, NSENGI has worked to strengthen local business structure, focusing mainly on the international staff, and engaged in projects that are based in local areas. In the coming years, NSENGI will strengthen its international competitiveness through a variety of efforts, and continue to support the development of energy resources, the provision of a steady energy supply, and the creation of jobs in Thailand. 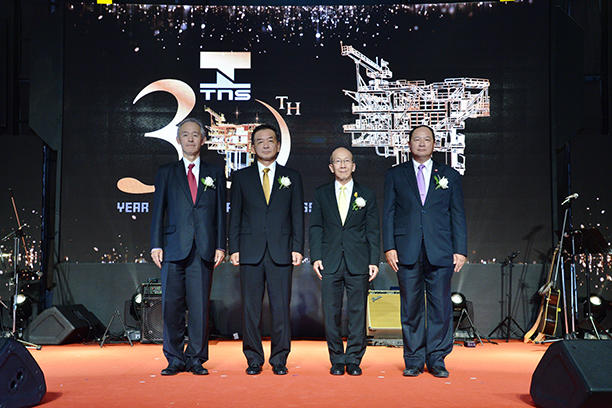 For more information about this press release, please contact below